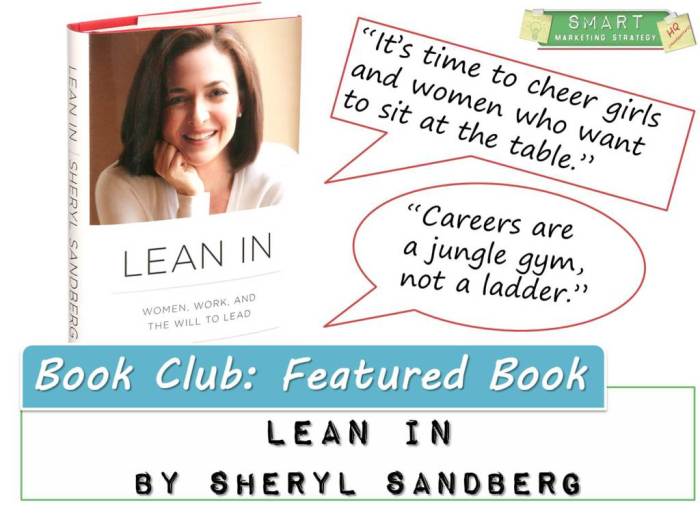 Early in Sheryl Sandberg’s book, Lean In, she addresses the common human issue known as “unconscious bias.”  Even the forward-thinking founder of Google, Sergey Brin, was not immune to this as illustrated when pregnant Sheryl informed him that the company had no pregnancy parking.  She added that, like Sergey, she had not noticed this unserved need.  She, too, had an unconscious bias until it became very personal.  “The other pregnant women must have suffered in silence, not wanting to ask for special treatment.”  “Or,” she added, “maybe they lacked the confidence or seniority to demand that the problem be fixed.”

Men run the world, holding most of the positions of influence and power.  Everything from corporate structures, government policies, and the financial communities have been designed by men and, so, have an inherent bias that favors men.  As Sheryl advanced in her career, she found that her colleagues were increasingly more male and she began to wonder why.  Sheryl shared an anecdote about visiting a company to pitch a deal when she stumped the senior partner by asking the simple question, “Where’s the women’s restroom?” He hadn’t noticed the absence of that accommodation until then.

According to Ms. Sandberg, a 2011 McKinsey report noted that men are promoted based on potential, while women are promoted based on past accomplishments.  She says that in addition to the external barriers erected by society, women are hindered by barriers within themselves.  “We hold ourselves back in ways both big and small, by lacking self-confidence, by not raising our hands, and by pulling back when we should be leaning in.”  She says fear is at the root of many of the barriers for women, ranging from fear of not being liked, to fear of making a wrong choice, to fear of being judged and fear of failure.  Sheryl tells us that, when she observes that she is fearing failure, she actively “distorts the distortion” by reminding herself of her successes.  Another tactic she uses when not feeling confident is to just “fake it.”  Research says it works!

From Sheryl’s point of view, women also become self-limiting when they plan for life changes that may never occur such as acquiring a partner and having children.  Perhaps for these reasons, together with self-doubt, Sheryl notes that women frequently don’t have the aspirations of men for executive leadership roles.  Certainly anyone representing a group that wishes to secure decisions and policies that serve them should seek the requisite leadership roles.  It’s worth considering, however, that the method and framework for women to engage fully may be different from existing structures which have been built by men.  There are segments of women who wish to lead corporations and world governments, and segments of women who prefer other structures and paths to leadership and fulfillment.  In keeping with Sheryl’s theme, women who prefer a different structure for engagement should lean in to make it happen.

Sheryl says she was raised to believe that girls could do anything boys could do and that all career paths were open to her.  Interestingly most of her female college peers have chosen to be volunteers, part-time employees, or stay-at-home moms which may say something about their socioeconomic status.  According to Sheryl’s stats, 41% of mothers are primary income earners and 23% of mothers are co-income earners for their households.  The number of households headed by a single mothers has been on the rise and, as of the book’s writing, it was one in five.

While girls continue to outperform boys in education, careers demand maximum performance at a critical time for child-bearing.  Many girls don’t want to “make the mistakes their mothers have made.”  However, career progression also calls for risk taking and advocating for oneself.  These are qualities that are often discouraged in girls.  Sheryl sees this as a “leadership ambition gap.”  She references a 2012 McKinsey report in which 36% of men wanted to reach the C-suite compared to only 18% of women.  According to Ellen Bravo, director of Family Values at Work, “women are not thinking about having it all, they’re worried about losing it all.”  However, Sheryl admits that “many have argued with me that ambition is not the problem.  Women are not less ambitious than men….but more enlightened with different and more meaningful goals.”

What do you think about Sheryl’s call for women to stop sitting back and, instead, lean in?

Success and likeability:  “For men, professional success comes with positive reinforcement at every step of the way.  For women, even when they’re recognized for their achievements, they’re often regarded unfavorably.”  “….both male and female coworkers will remark that she may be accomplishing a lot but she is not well-liked by her peers or she’s too aggressive, not a team player, a bit political, can’t be trusted, is difficult.”  “When a woman acts forcefully or competitively, she’s deviating from expected behavior.  If she focuses on results rather than pleasing others, she’s acting like a man and when she acts like a man people don’t like her.

Provocative statements from Lean In:

Tell us what you think! Did you read the book and do you want to share your thoughts? Simply reply below and we will post your comments.

★ PERFORMANCE DRIVEN & DATA INFORMED MARKETING SOLUTIONS★ Mary combines technical expertise with creativity. In the Pacific Northwest and the Atlantic Northeast, she has worked with leaders in the software industry. Mary’s skills range from digital platforms development to business development. She is forward thinking and adept at strategic analyses in the digital environment. Mary is skilled at business intelligence gathering utilizing the digital landscape to inform marketing and sales strategies. While living in Europe, Mary supported businesses across the continent with digital planning and analyses. Clients and employers have acknowledged Mary’s deep proficiency in business trouble-shooting and solutions. View all posts by Mary